Focus on What You Can Do

Know What You are Capable of Doing

I’ve been debating on whether or not to apply for an Academy of Canadian Cinema and Television directing mentorship for emerging female directors. Often there is an expectation that these positions are generally created to assist younger women. But under the guidelines, I qualify. And while I have been making short films for awhile, it has never been at the broadcast quality level. So an industry mentorship like this would be greatly beneficial to my career goals. But my internalized negative beliefs wonder what the program administrators would think of a woman over fifty applying. I project that they’d think it would be wasted on someone who likely has fewer years of directing ahead of her than say, a twenty-four year old.

I imagine myself being able to direct at LEAST another 20 years. I love film making and as long as I’m able, I will be doing it. There are some dedicated, prolific women film makers who are still going strong in their 90’s! Like Agnes Varda.

But still, I worry about what prejudices the program administrators will have about “older” women. Do they have entrenched stereotypes in their minds about what older women can and cannot do?

To be fair, I see some of that biased thinking in a few older women. Some people seem ready to embrace the negative aspects of aging and loudly claim to be ‘realists’. But I wonder if they are overly focused on what they are NOT capable of doing now rather than what they are still very capable of doing? I get trapped in this thinking sometimes. And let’s be honest – some things I can still do but I choose not to because with age brings wisdom! I can still stay up late (or all night) partying or working to a deadline but I know I will take longer to recover than I used to. But sometimes it’s worth it. I make more calculated choices now.

But I realized the other day that it makes more sense and makes me feel more positive to focus on what I can still do. When I think that way I feel limitless. Because there are so many things I can do. And want to do. And luckily am still able to do both physically and mentally. Tied to this is the idea of focusing on what you want, NOT on what you DON’T want. They are two sides of the same coin but one side is much more optimistic than the other.

Ultimately this concerns having a growth mindset about life’s roadblocks. Sure, this can sound a little “pollyanna” but it doesn’t have to be that way. Some of the most inspiring humans are differently-abled people who have chosen to look at what they can still do instead of at what they cannot do. I don’t have to look much further than my brother who was born with cerebral palsy and epilepsy. Despite not being able to use half of his body very well and being prone to seizures that can destroy swathes of memory, he has a rewarding full time job and a loving wife and family. These goals were his priorities growing up. And despite having some setbacks, he persevered and finally found the life he wanted and deserved.

Putting my attention on all the things that I can still do boosts my confidence and relieves some of the anxiety I have about what other people think I am capable of doing. I can’t control other people’s thoughts or biases. But I am able to change how I view myself, my goals and my abilities.

We can all identify obstacles in our lives no matter how much privilege we have been granted. But let me ask: when is the last time you wrote out a list of all the things you know you can still do related to a goal you have?

I’m going to make that list. Then I will apply for the director’s mentorship and cross my fingers. 🙂 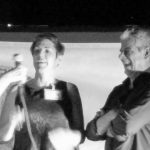 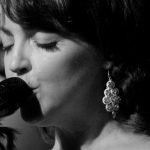