I am grateful to be able to bring you this beautiful and frank digital interview about following your dreams (no matter how old you are) with Karyn Kirkwood, a middle aged chanteuse from the Guelph, Ontario area. She has previously performed with her group, Indigo Riff. Her current group is Karyn Kirkwood and The Riff-Raff.

Check out her Facebook Page for upcoming performance dates.

1. When did you first discover your passion for singing?

I loved music from an early age. I have a vivid memory of watching The Friendly Giant as a preschooler and thinking the theme song (Early One Morning) was magical as I would make up words to go along with the song and no matter what words I sang, it fit the song. It wasn’t until I was an adult and heard the song again that it dawned on me that it was me making the words fit to the melody of the song. I was the magic!

My father taught me to play the guitar when I was around eight or nine. He showed me a few chords and off I went experimenting with the songbooks he had. He loved Gordon Lightfoot and other folk singers of the time, so that is what I grew up listening to and it wasn’t until my teens that I first discovered jazz. In my teens, I was involved in musical theatre, sang in a jazz trio, and studied dance. I was a painfully shy child and teenager, but on stage I felt at home and free.

Sadly, I didn’t feel I could pursue my passion for music and dance and, at what now seems like a very young age, I fell back on Plan B without ever really attempting Plan A. I attended Ryerson in Radio and Television Arts and worked in television, moved into working in the non-profit world, became a children’s storyteller and librarian, managed an independent school, and now work as a Program Director at the Children’s Foundation of Guelph and Wellington.

It wasn’t until I was in my 40’s that I came back to music, singing first with a guitar player and then co-founding a quartet called Indigo Riff that played a lot of original music along with jazz standards. I delved into writing original songs for the first time and together we recorded a full-length CD. After performing regularly together for six years, the group disbanded and since then I have played sporadically with various musicians in the area.

I still feel most comfortable and most myself when performing on stage.

2. Have you experienced any challenges as a middle aged woman as you pursue your creative passions?

Yes, absolutely! I think the challenges are likely of my own making and internal to me. I think it’s quite possible to have a career or a flourishing hobby life in the arts into your middle years and beyond, but for me I love to perform, and that often feels like a “young person’s game” and that I’m too old now. It would be one thing to have been involved in music all along and to reach these middle years with some established career and network in the music community. But to start from the beginning requires time, commitment, the ability to hustle for gigs and market yourself, and to schlepp gear and play in bars. And frankly, I’m at the age where I ask myself the question, “Is it worth putting my bra on?” to even go out to a social event in the evening.

For women who have passed the mid-century mark, there is also this fascinating thing that begins to happen in life where you disappear, becoming more and more invisible to the world around you. If you don’t know what I mean, then you’re either not there yet chronologically or you are flamboyant enough in your dress and presence to command attention regardless of your age. Add to that this culture we live in that glorifies youth (and is especially prevalent in the world of music and arts), and it can feel like too much of a hurdle to jump.

3. Have you experienced any direct benefits of being a middle aged woman as you pursue your creative passions?

Yes, absolutely! I don’t think the benefits have anything to do with age especially as the benefits of living creatively and pursuing what interests you is ageless. Writing and performing music gives me a creative outlet that provides balance to my work life sitting in front of a computer. It nourishes my soul in ways that nothing else comes close to, and it keeps me alert to witness and interpret the world around me and the emotions within me.

4. If you have ever felt discouraged as you try to balance job, family, life and singing – what keeps you going?

I don’t think I’ve ever felt discouraged around balancing family, life, music, work, etc since I’ve treated it more as a fun side-hobby. My family is very supportive and encourages me to do music. In fact, I think it would be disappointing to my daughter if I ever gave it up entirely, so it may just be that fact that keeps me going – knowing that I am setting an example for her of the importance and value of doing something you love at whatever level that may be.

5. In your ideal world where do you see yourself creatively in the next decade or more?

In my dream world, I would love to play more and have gigs where people come to really listen to the show. I have a musical bucket list that has seemed a bit dormant this year (“there’s a hole in my bucket”) but I haven’t kicked the bucket yet! (how’s that for play-on-words!). I have ideas for music “shows” I would like to put together that have more of a theme and story to them rather than just singing a bunch of songs in a bar. And I would really, really love to record another solo CD of my own original songs primarily. That is a big dream!

6. Do you have any advice or words of wisdom for other older women who are thinking of switching careers to follow their creative passions (or finally embarking on their creative dreams)?

I think the mistake we make as young people is to have an “all or nothing” approach to our dreams. And I think as young people we think the end goal of pursuing a creative passion is to be famous (and rich). And this isn’t the reality for most of the people who pursue the arts – it is very few people who reach the stratosphere of fame and fortune – nor does it need to be. There can be a lot of joy, meaning, and satisfaction in creating for the simple sake of creating regardless of the outcome. That would apply to someone older too.

I don’t know that I would ever encourage someone to “switch their career” for something as unsteady and uncertain as a creative dream, as that may not be the responsible thing to do if you have family relying on you to provide the necessities of life. But I would absolutely encourage them to make room for it within their lives even in some small measure and to grow into it. Sacrificing some of the luxuries of life to make financial space for a creative life seems like a fair price to pay for the benefits it reaps 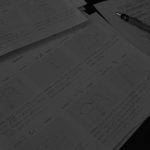