As in someone who can’t internalize their own achievements and lives in fear of being exposed as, well, an impostor.

This is a big one for me. Something that I’ve been battling for decades. It’s not officially a mental illness but it can lead to clinical anxiety and depression if it gets bad enough. No matter how many courses I take (having impostor syndrome likely drives me to take too many classes), or stories I write, short films I make, screenings of my work that are shown, nominations or awards I win – I still feel like an outsider who doesn’t belong when I step into a room with other film makers/writers. What will it take for me to feel like I finally belong? I’m not sure. The only thing I definitely know is that I won’t quit doing what I’m doing. I’m an imaginative person and I love to create especially in collaboration with other talented people. I want to trust that eventually my impostor syndrome will lessen and maybe someday nearly disappear. But right now, I know it’s holding me back from reaching my potential.

This makes me think of something I heard on CBC Kitchener Waterloo. It was from a female city councilor (Jane Mitchell) who runs political classes to get more women to run for office (https://learnhowtorun.com/). She said she noticed that the biggest difference between men and women is that women need to know they have all the skills for a job before they apply to do the job. Whereas men identify a job they’d like to do – go for that job and then worry about picking up skills on the job. That really resonated. And made me angry too. It seems like the responsible route is to learn the skills first and then go for the job so you can hit the ground running. Obviously there is always somewhat of a learning curve with a new job – but to hope to master MOST of the skills you need while doing the job? That seems reckless and arrogant. And likely very stressful.

It also made me angry because it has never occurred to me to try that – to tell others that I want a job that I’m not necessarily completely prepared for and then trust that I’ll find the mentor or resources needed to acquire the skills after I’ve gotten the job. I suspect the middle ground makes the most sense.  Gain some skills for a job while simultaneously be ‘putting it out there’ that there’s a job you really want.

I recently mentored a woman who had nearly no idea about how to pitch her web series. I encouraged her to apply to an Independent Web Creators of Canada (http://www.iwcc-ciwc.org/) networking event which she got into and then was offered the chance to pitch to three top production companies in Toronto including the CBC. I helped her with a crash course in pitching and told her the story about how women and men differ in their attitudes when approaching something they want to do but aren’t necessarily fully prepared to do. She chose to excitedly and gamely dive in and do the work (she had a week) to pull together a strong pitch.  She ended up impressing all three companies and was invited to submit further material to two of them including the CBC. I was thrilled for her. But I also thought – it’s easier to help others to achieve their dreams than for me to do it for myself. I think one of the big obstacles for me is this dang impostor syndrome.

Is there a takeaway for me? I’m getting a little better about being proud of my accomplishments and not apologizing for work I’ve done in the past that I know could be stronger. Improving as an artist means that some of your “babies” will be ugly along the way. You can’t get better without that happening. It’s called ‘process’ (something I both admire and despise simultaneously – more on that in another post!) That said, when I’m visibly embarrassed by earlier work and others see that, they think less of me and my abilities. People pick up on body language and prefer to be around bold creators.

I’m working hard at making sure that the first impression I give off is one of confidence and self-acceptance – being at ease in my own skin. Maybe this is the first step to shaking off that damn impostor syndrome. I’ll let you know.

One resource for re-framing how you see yourself is to look at the work of Dr. Carol Dweck and her strategies for growth mindset: https://mindsetonline.com

About Eliza: she is a writer and independent film maker, mother of two daughters who are currently in their 20’s, common-law partner to an absent-minded engineer, student of improvisation and an avid plant-based cook. 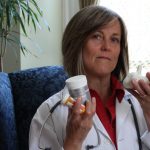